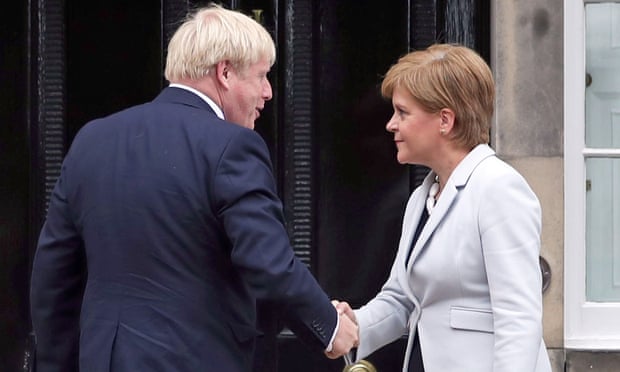 A leaked memo given to senior Tories suggests the UK government should agree to a fresh independence referendum if the SNP wins a majority next May.

Hanbury Strategy, a consultancy having close links to the Conservatives government argues in the memo that the UK government could offer significant new powers to the Scottish parliament and put both options to the vote.

The memo was shared with Michael Gove, The Conservative government is trying to counter the surge of support for scottish independence as reported by Bloomberg News.

The move comes after Ipsos MORI polls showed an increased support of 58% for Scotland to be independent from the Union.

Bloomberg says the memo also says that an independent Scotland could quickly join the EU, as it was pointed out by Nicola Sturgeon to attract voters who voted to remain in the European Union.

The polls also suggest the SNP is on track to win a majority, a result that Sturgeon insists would give her a clear mandate to stage a second independence vote.

The SNP deputy leader in Westminster, Kirsten Oswald, said the memo showed the Tories were now in “panic mode” and had realised Scottish voters believed Boris Johnson could not be trusted to act in Scotland’s interests due to Brexit and Covid Handling.

Regardless of the Hanbury memo suggesting much greater devolution, Kirsten said the Conservatives were in fact launching a power grab with the internal Brexit market bill which would rob Holyrood of its policy making powers.

“The whole Westminster system is broken and it is time decisions about Scotland were taken by the people who live here,” she said.

Senior Scottish Tories admit the polls are an accurate reflection of public mood in Scotland, driven largely by widespread dissatisfaction with and dislike for the prime minister and his handling of the coronavirus pandemic.

“The polls worry the hell out of us because we feel they’re about right,” said one Tory. “We can all feel the ground has shifted. For the first time in our lives, independence is now a majority opinion in Scotland.”