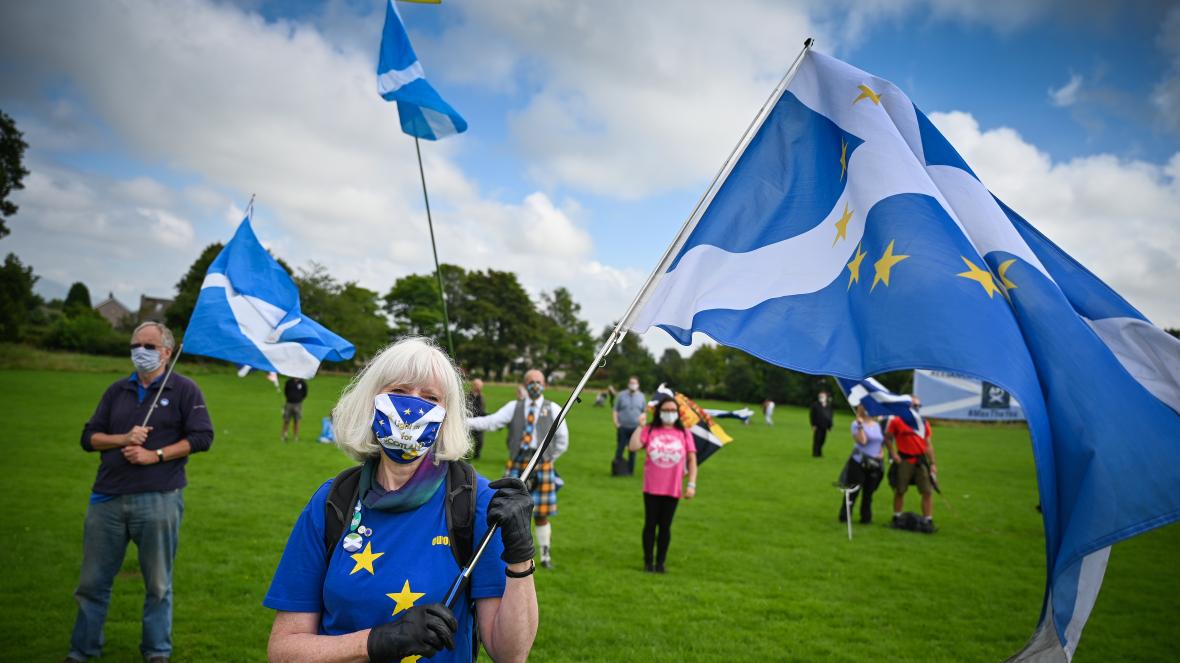 Boris Johnson's handling of Covid-19 crisis has raised concerns over his leadership.While, Nicola Sturgeon, the SNP leader seemed to handle the crises better than the Johnson government as the UK recorded the highest death toll in Europe.

Despite Scotland wanting and voting to remain in the EU, Johnson’s government showed no concerns for the wish of the people in Scotland.

Boris Johnson is damaging the UK reputation in the world with his unpopular policies. The EU is now planning to have its own Capital Market Union so that the EU won't have to rely on the city of London as a financial hub in the future.

Meanwhile, The SNP is now wanting another vote on breaking away from the rest of the United Kingdom., something Boris Johnson is worried about and does not want.

Since London rebuffed her demands for another independence vote, Nicola Sturgeon is playing the long game. Next spring’s Scottish election will effectively be a plebiscite on the right to hold a referendum. “They certainly have a better than 50% chance of being able to get an overall majority,” John Curtice, professor of politics at the University of Strathclyde in Glasgow and the U.K.’s most prominent psephologist, told BBC’s Newsnight show on Sept. 3. “And if that does happen, then I think it will be difficult to avoid another referendum within a two- or three-year time period.”

The SNP has dominated the politics in the past and the recent polls suggest greater support for independence and show that the SNP would again win big in May. You can see the graph below as how adults in Scotland would vote for independence.

The recent polling suggest 55% for independence and 45% to remain in the UK. Indeed,  Sturgeon has increased her popularity due to handling of Covid-19 better than that of Johnson. The polls also suggest that Sturgeon's is more in control of the situation and her message is clearer.

“I don’t think it’s a coronavirus bounce, it’s a leadership bounce, There are some policy differences, but there are very contrasting views on the performance of the leaders. People in Scotland judge Sturgeon much more favorably than Johnson. Ignore Boris. Listen to Sturgeon. Stay Safe.” said Nicola McEwen, professor of politics at the Centre on Constitutional Change at Edinburgh University.