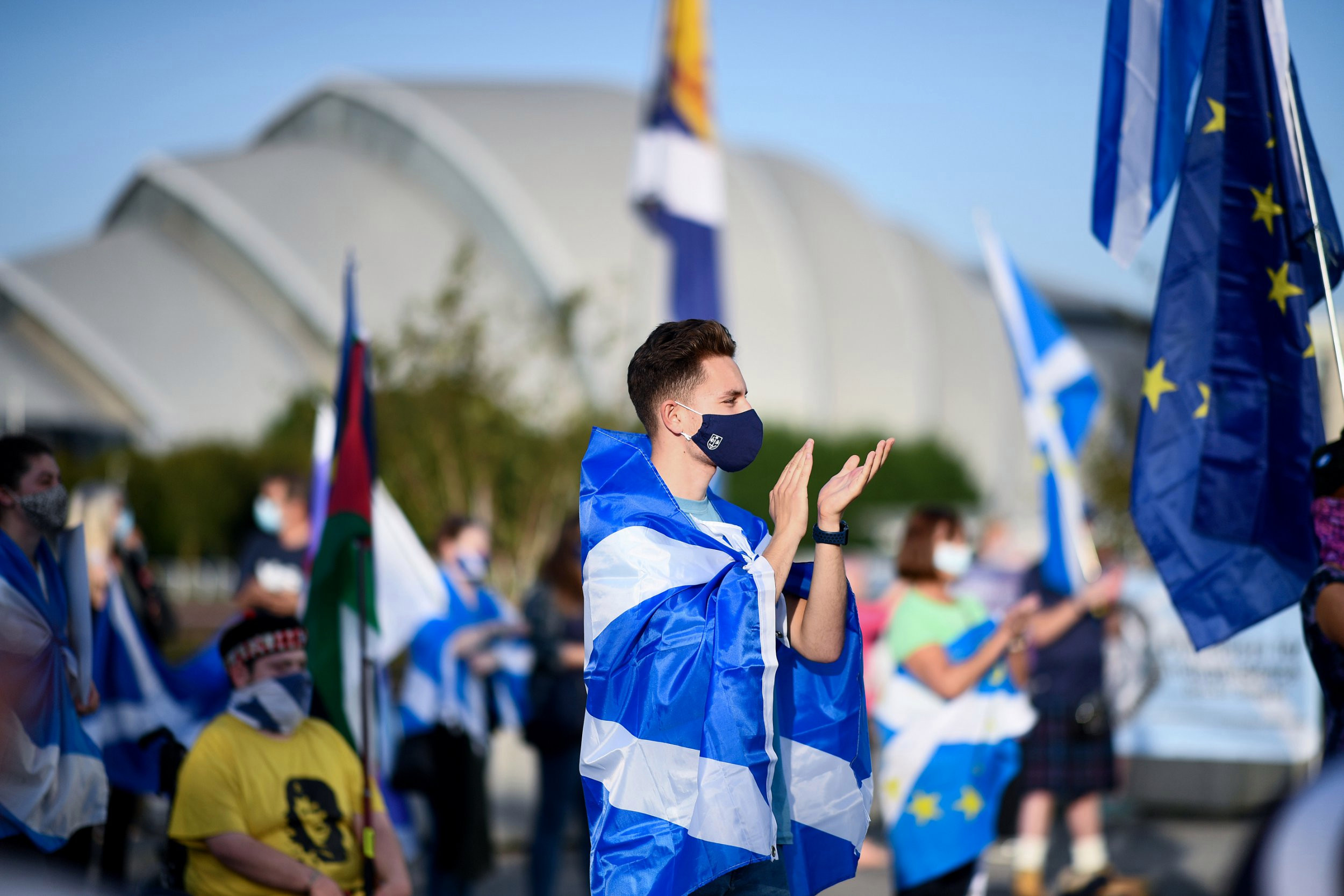 A new survey by Ipsos MORI shows a record level of support as a clear majority of people would back Scottish independence in a fresh referendum.

The survey conducted shows that 58 per cent of those who said they were likely to vote in an independence referendum would vote Yes while 42 per cent would opt for No.

Boris Johnson has consistently rejected calls from the SNP to grant the Scottish Parliament the powers to hold a second vote, insisting in January that it would “continue the political stagnation that Scotland has seen for the last decade”.

He has also said the 2014 referendum, in which Scots voted against independence by 55-44 per cent, was a “once in a generation” ballot.

However, the poll, published on Wednesday, also found almost two-thirds of Scots believe the UK government should allow an independence referendum to be held within the next five years if Nicola Sturgeon’s SNP win a majority of seats in next year’s Holyrood election.

In support for Mr Johnson, it suggested three quarters (76 per cent) are dissatisfied with the way he is doing his job as prime minister, with just 19 per cent satisfied.

“This is a landmark poll which shows that independence has now become the settled will of the majority of people in Scotland”. said the SNP’s deputy leader Keith Brown, Responding to the survey

“Already, the Westminster wall of opposition to a referendum has started to crumble, with private acknowledgement that a result like this in next year’s election would have to lead to a referendum, and this poll will only solidify that growing view.”

“The SNP takes absolutely nothing for granted and we will redouble our efforts between now and next year’s election to retain the trust of the people. But it is clearer than ever that Scotland’s future lies as an independent country.” He said.

Emily Gray, the managing director of Ipsos MORI Scotland, said: “Our latest poll will put a spring in the step of nationalists but makes grim reading for unionists. The Scottish public have shifted even further towards supporting an independent Scotland, with record numbers now saying they would vote Yes.

“Of course, we are still a long way out from next May’s Holyrood election, but SNP support currently looks very strong, buoyed by Nicola Sturgeon’s satisfaction ratings among Scottish voters.

“Our poll suggests that there will be significant public pressure for the UK government to transfer powers to the Scottish Parliament to hold a second independence referendum if the SNP win a majority at next year’s Holyrood election.”

Mr Johnson’s official spokesman said: “The issue of independence was settled when the Scottish people voted decisively to remain part of a strong United Kingdom. It was a once in a generation vote and it must be respected.

“The pandemic response has shown the great benefit of having a strong United Kingdom. It allowed us to put in place unprecedented levels of support for Scottish jobs and Scottish industry.”