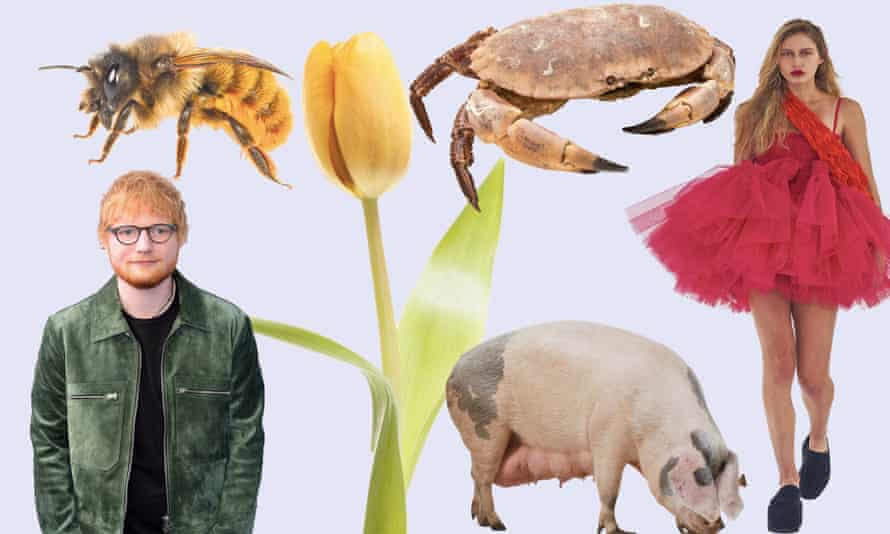 Brexit has not only been bad for business but could cause end of business: Brexit consequencies for various industries

The luxury children’s clothing brand is just one member of the UK’s £35bn fashion industry, which is warning that gaps in the Brexit trade deal could be devastating for businesses from retail and manufacturing to modelling and design talent.

Complex VAT charges and handling fees now in place have led shoppers in Europe to stop ordering or to reject deliveries. Some brands and retailers have ceased selling across the Channel because it is no longer profitable.

Veteran designer Katharine Hamnett warns “British brands will die” without a “radical overhaul” of customs arrangements with the EU, including VAT rules.

Sandal-maker Álvaro says the European market is “now practically shut” because of the new tax regime, while it had waited more than seven weeks for a shipment of components to a supplier in Florence held up by paperwork.

Tamara Cincik, chief executive of Fashion Roundtable, which organised an open letter to the government last week – signed by more than 450 industry members – said: “Pre-pandemic [the UK fashion industry] was growing 11% year on year. But there is a real risk of it being utterly decimated from the gaps in the Brexit trade deal and UK government policy.”

Additional red tape and taxes plus restrictions on travel in Europe for work risk an exodus of talent.

UK manufacturers and designers say they have suffered delays and additional costs on shipping materials, samples or components to and from Europe.

Meanwhile, the UK’s model industry, worth about £250m, fears losing talent and bookings because of the paperwork now involved in travelling to work. John Horner, the boss of Models 1, said a quarter of his business comes from Europe, and that was now at risk, with many other agencies set to lose out even more.
Sarah Butler

he fishing industry is a tiny part of the UK economy, worth about 0.02% of the total, but its huge symbolic value meant it was a key factor in negotiating the Brexit trade deal.

In announcing the deal on Christmas Eve, Boris Johnson hailed it as a triumph for the sector. “For the first time since 1973, we will be an independent coastal state with full control of our waters,” he said.

But in the past few weeks, UK fishers have talked of betrayal as they came up against new customs arrangements. Sales to European markets – which accounted for nearly half the UK fishing fleet’s total catch in 2019 – stalled, and the price of many species plummeted, forcing boats to tie up in harbour or land their catches in EU ports.

Scottish fishers have landed their catches in Denmark in order to avoid bureaucracy, and many are selling less than 10% of their normal trade. Ian Perkes, a fish exporter based in Brixham in Devon, told NBC he had lost thousands of pounds in sales because of red tape.

Delays have been a critical issue for highly perishable produce. One Welsh shellfish exporter told the BBC that a lorry containing nearly £50,000 of lobsters, prawns and crabs had been delayed by 30 hours en route to Spain.

An extra complication for shellfish exporters is the EU’s requirement that “live bivalve molluscs” – including mussels, oysters, scallops and clams – can be imported from non-EU states only if they come from the highest-quality waters. This has become an issue since the UK left the EU.

After UK fish exporters travelled to Westminster to protest, warning that their livelihoods were threatened, the government announced a £23m compensation scheme. One trade group described it as a “sticking plaster”.

International tours stopped with the pandemic, along with all live public performances, but Brexit now puts their return in question.

The calendar of gigs, concerts and festivals was a financial motor for an industry that contributed £5.8bn to the economy in 2019. But new regulations and costs are prohibitive for emerging talent and for lower-paid orchestral musicians, according to many performers.

Visas, work permits and instrument carnets required for EU countries mean more paperwork and costs each trip. The changes also affect the wider industry, which supports the income of roadies and sound and lighting engineers.

Culture secretary Oliver Dowden held a crisis meeting with Sir Elton John last week. The singer and composer warned that if the situation were not resolved it would affect young people’s careers and “stunt their growth and their creativity”.

Musicians’ unions called this weekend for new provisions for short-term work, customs and large touring vehicles. Their research shows that 44% of British musicians earn a substantial proportion of their income in the EU.

Last month Sir Elton John, Ed Sheeran and Sir Simon Rattle were among famous signatories to an open letter. signed by 283,000 people, claiming the Brexit deal had “shamefully failed” the sector. Rattle is leaving his role as music director of the London Symphony Orchestra to return to Germany.

Ministers initially argued a “no visas” policy for musicians would be incompatible with the government’s promise to “take back control” of UK borders. The government has also since claimed that the EU turned down a British proposal to allow musicians to continue to tour with ease. The EU denies this, saying the British suggestion was not workable.
Vanessa Thorpe

Brexit is already starting to add to the costs and stress borne by Britain’s florists as they prepare millions of bouquets for Valentine’s Day.

One of the country’s largest independent flower and plant wholesalers, Tom Brown Wholesale, says a range of factors, including Brexit, have pushed flower prices up by around 9% year on year. John Davidson, the firm’s finance director, says the sector is facing a perfect storm: “Covid has meant growers are producing less, the cost of freight has gone up and Brexit has created all sorts of logistical issues, with documentation for flowers and checks on plants. And that comes with costs attached.”

Davidson adds that the cut-off times to purchase flowers from Holland are now earlier to allow for documentation to be processed. Plants face even longer delays because consignments need to be checked for pests and diseases. From April flowers will also need to be inspected before they can be loaded on lorries destined for the UK. “This may delay bringing flowers into the country,” adds Davidson.

While there are zero tariffs on EU produce, flowers grown outside Europe face 8% tariffs. This is a big issue for the industry. Around 30% of 1.5 million stems of flowers Davidson’s company imports from Holland every month originate from outside the EU.

Last year, Murray McGregor travelled to northern Italy to collect more than 1,000 packages of bees. It is a road trip he has been making every spring for many years. On his way back to Scotland he drops off pre-ordered packages to bee farmers at motorway service stations throughout England. But he won’t be making the trip this year.

As the owner of Denrosa Apiaries in Perthshire, McGregor runs the largest bee-farming operation in the UK, with 4,500 hives and an annual turnover of £1m. The impact of Brexit, he says, is “quite significant”.

“For any beekeeper with 200 hives or more, they have to import equipment from Europe because the cost of buying a fully assembled hive is less than the cost of just the wood in this country,” he says. “And if they export any honey it will be less competitive.”

While the majority of the UK’s 25,000 beekeepers are hobbyists with a few hives in their garden or on an allotment, there are close on 500 commercial bee farmers, whose 72,000 hives pollinate fruits and crops in our orchards and fields and account for most of the 6,600 tonnes of honey produced each year in the UK.

These bee farmers have been badly hit by Brexit. Many rely on imported bees from Italy and the Czech Republic to expand their business, or replenish hives that have died over winter (which can be as many as a third), but this trade, which brought in more than 2,000 packages of bees in 2020, has now been banned.

In addition, most of their hives and other equipment come from Europe and the cost of materials has increased along with import costs and paperwork. And Scottish heather honey producers, who make most of their income from sales to Germany and Scandinavia, fear that export costs could make their produce 20% more expensive and price them out of the market.

Although queen bees can still be imported from Europe, they are currently subject to “unworkable restrictions”, says the Bee Farmers Association.
It sent a letter last month to environment secretary George Eustice, asking for clarity.

Farmers have faced a “perfect storm” since the beginning of the year, with Covid infections in the industry crashing into new Brexit border bureaucracy. For meat exporters, the perishability of their product is an added complication.

Last week the National Farmers’ Union and the National Pig Association revealed that, since 1 January, no cattle, sheep or goats have left the UK for mainland EU markets.

The pig sector has been hit particularly hard. The NPA will meet the farming and fisheries minister, Victoria Prentis, on Tuesday to discuss what its chairman, Richard Lister, described as a “serious threat to our industry”.

Higher costs due to new red tape, falling prices and a shrinking market mean most pig processors expect to make a loss in the first quarter of this year, Lister said in a letter to environment secretary George Eustice.

Bureaucratic delays in the first weeks of 2021 led to pig exports dropping by 75% of normal volume. Farmers face the extra costs of feeding an estimated 100,000 pigs stuck in the UK.

The NPA says its members have reported delays at ports as a result of new checks and forms, “making UK shipments unattractive to buyers in the EU, forcing processors to reject shipments and cancel future orders”.

Farmers say that while the UK is phasing in new customs requirements for EU imports over six months, the EU has not reciprocated.

The National Sheep Association said its members have also been adversely affected since the UK left the EU, with new paperwork requirements costing £1.20 per lamb.

Almost half a million people work directly in UK farming – about 97,000 in meat processing, almost two-thirds of them EU nationals.
Harriet Sherwood

Take control over our fish and borders.. when i read the post i see our fishing industry going currupt

Where's the own ready deal

Trade and Cooperation Agreement between the EU and the UK