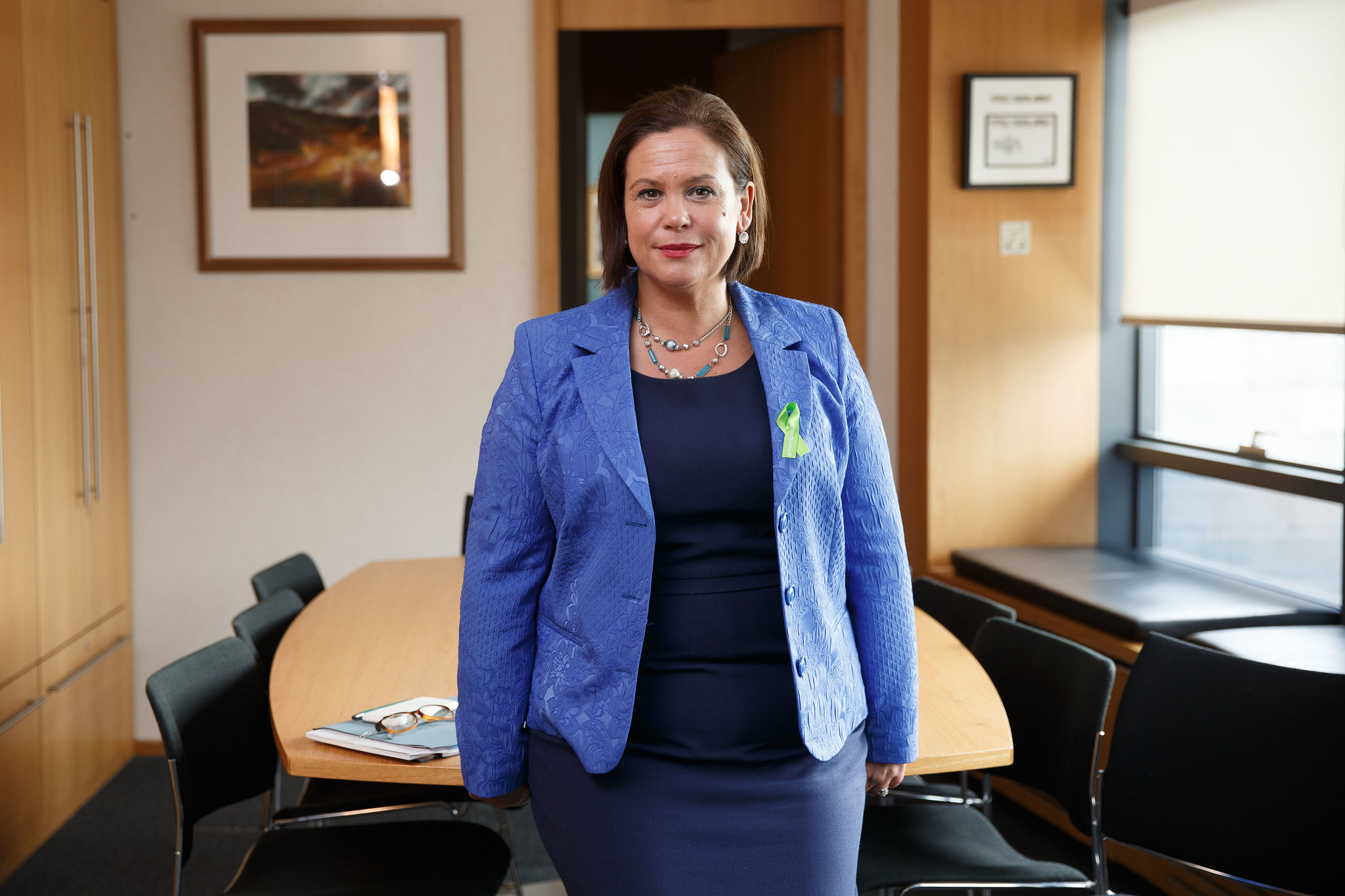 Erratic and dangerous Boris Johnson cannot be trusted and Ireland should step up now pressurizing Downing Street for a referendum on Irish unification, according to Mary Lou McDonald, the leader of Sinn Féin.

Boris Johnson cannot be trusted and believed when he says he wants a trade deal, He has already breached or shown intentions of his government to breach the withdrawal agreement that he cannot be trusted.

“He’s the prime minister and perfidious Albion just got perfidious, if there’s such a word.” said Mary Lou McDonald.

“If there is damage in Ireland, if there’s a hardening of the border – well, then all bets are off.” if the United Kingdom did not “honour a bargain fairly struck” then this would damage the relationship with their closest allies and hopes for a US trade deal would be off the table.

Meanwhile, McDonald stressed more on her determination to reunite Ireland. “In my lifetime? Absolutely. All of the signposts, all of the markers, point in the direction of reunification,” she said.

By next year, the centenary of Northern Ireland’s creation, Catholics are expected to outnumber Protestants for the first time, a seismic demographic shift that comes just as Brexit has prompted some unionists to question the region’s position in the UK.

“The electoral majority for unionism is now gone, politics on this island has changed in ways that are profound,” said McDonald.

Anthony McIntyre, a former Belfast IRA member and commentator, said: “No provisional IRA volunteer who fought the provo war will see a united Ireland.” The NHS and other benefits of the UK would swing the result, he predicted. “People who are only nominally nationalist will vote for the union. That’s where the veto lies.”

McDonald said the promise of a new, progressive, inclusive Ireland, with an NHS-style health service, would win over enough voters.

Under the Good Friday agreement, the UK’s Northern Ireland secretary must call a referendum when it appears likely that most people would vote in favour of a united Ireland.

However, McDonald said ministers refused to spell out the exact conditions that would trigger a vote. “I wouldn’t like anybody in the British system to imagine that they hold a trump card that says ‘we will forever avoid or defer a referendum in Ireland’. They don’t have that right.”

She said a united Ireland must offer unionists “the kinds of protections and assurances that they need” – for instance, a possible continued role for the Stormont assembly. She ruled out moving the capital from Dublin.

Asked whether the IRA violence during the Troubles was justified, McDonald said: “I think it was inevitable.” Partition and discrimination created a “toxic” context that “framed” attitudes and choices, she said.

We will not be the collateral damage in the Tory Brexit 'Perfidious Albion just got perfidiouser, if there’s such a word.”: Ireland needs to press for reunification vote, says Sinn Féin https://t.co/LlHf6PGPfm