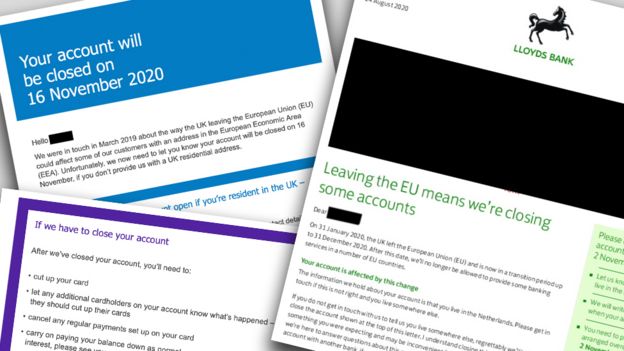 Thousands of British expats living in the EU have been told that their accounts will be closed due to Brexit.

Lloyds Bank has written to 13,000 their customers living in the EU, saying it will no longer be able to offer banking services once the Brexit transition period ends on 31 December.

Barclays, Coutts and other banks are taking similar action. 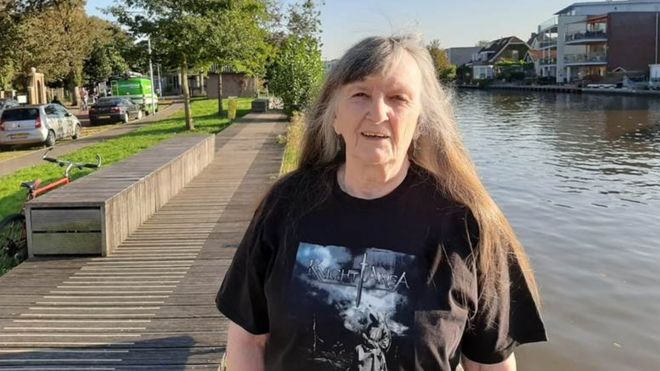 Sharon, who lives in the Netherlands, was shocked to receive a letter saying her current account will be closed unless she can provide a UK address.

"I was shocked to receive a notification saying that my bank account is going to be closed in two months," said Sharon Clarke, a Brit who is living in the Netherlands for the past 20 years and who has a bank account with Lloyds.

"They said that unless I provide a UK address, my account will be closed and I'll have to cut up my card," She said.

Ms Clarke says she has been given until early November 2020 to close her account and transfer all the amount and payments to some other bank.

Ms Clarke said she was banking with Lloyds for decades and never had a financial problem with them for past years. 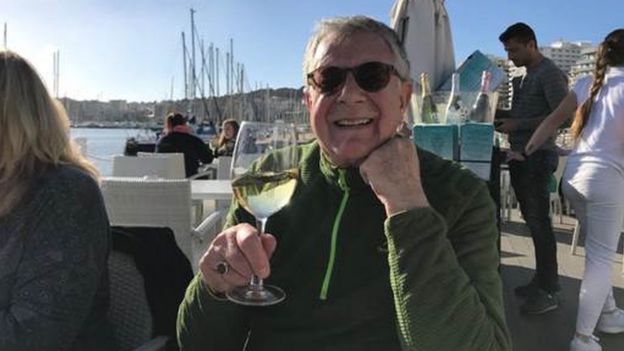 Robert Kane, who lives in Spain and has a Barclaycard credit card said,"I find this an unbelievable situation that Barclaycard will lose so many thousands of customers because of Brexit."

"I don't have a UK address as I live in Spain and have done for the last 14 years. They did not offer me any advice other than cut up my card, cancel any regular payments and carry on paying outstanding balances," He said.

Brits living in the Netherlands, Slovakia, Germany, Ireland, Italy and Portugal have all been sent similar letters.

However, the situation will change based on positive UK-EU negotiations.

How come people and leaders couldn't foresee these trouble coming while pushing for brexit? Blind purhapse?